In lives full of remarkable moments, we help create even more.

Whether it’s a brief encounter or a life changing event, these unique moments enrich lives. And we do everything we can to make them happen.

To give you an idea of how we can make a difference, here are Remarkable Moments from our home. 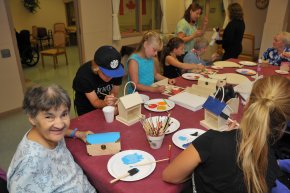 Extendicare Van Daele has created multiple innovative multi-disciplinary programs to foster the vast needs of their residents. During P.D school days, staff are invited to bring their children into work for fun and interaction with the residents. In the mooring children assist with bible study and spend the afternoon engaging with residents in the courtyard. They have also created a therapeutic sundowining program to help reduce responsive behavior. This program runs Monday-Friday from 3-4 p.m. by gathering residents that are at risk of sundowning for a small group activity such as tea social, arts and crafts and brain exercises. The home has developed a STAR committee that meets each month to plan how they can recognize staff for their hard work and commitment. Along with recognizing perfect attendance they have barbeques, treat days and birthday gifts to let staff know their efforts are recognized. 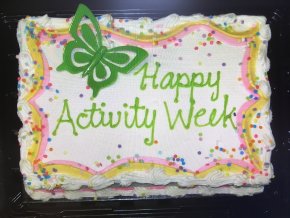 In celebration of Activity Professional Week, we offered different social programs where residents, staff of all departments and family members were invited to share in the celebration!

Thanks to Extendicare Van Daele

Thanks for all that you do, from the registered nurses (RNs) to the health care assistants (HCAs), to the ones who clean the place and provide other services. You are a well-oiled mechanism and my mind is at rest with my precious cargo of Mom on board with you

I recently visited my mother, Lucy there for a total of ten days and wanted to write a note of appreciation to the staff. Having lived in the Sault for many years prior to moving to the west coast, I had always heard good things about the Van Daele, but really got to see it for myself as I hung out there with Mom and some of the staff. I would give it a five star rating if there was a scale to apply to it.

My mother is extremely happy, loves the staff , enjoys the food and kids around with the registered nurses (RNs) and health care assistants (HCAs) as they busily perform their duties. Mom was always so serious when I was young so it does my heart good to see her sense of humour flourishing. I think the home supplies the seniors with a very homey atmosphere, good food, kindness of heart and a very safe environment.

About 100 years ago, I cooked at the Davey home and we prided ourselves on the quality of food we served to the residents. I have to say that my one meal there with mom really impressed me as I knew the utmost care had gone into the preparation of the turkey dinner served that night. It tasted absolutely delicious.

The staff were patient and kind with me when my mother would re-introduce us for the 12th time, and the little touches like asking me if I wanted any juice or water or cookies when I was a visitor meant a lot to me in the sense that care in the little things are considered.

I would like to highly comment 2nd floor staff and all that they do as leaving the care of a loved one to an institution can be a very scary venture. Thanks for all that you do, from the registered nurses (RNs) to the health care assistants (HCAs), to the ones who clean the place and provide other services. You are a well-oiled mechanism and my mind is at rest with my precious cargo of Mom on board with you.

Residents at Van Daele received letters from OPP Dispatchers who expressed an interest in beginning this wonderful pen pal program. 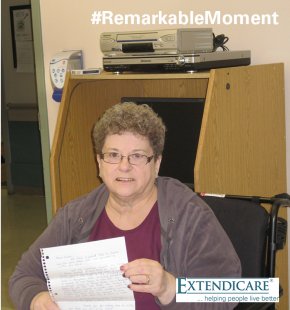 Residents at Van Daele received letters from OPP Dispatchers who expressed an interest in beginning this wonderful pen pal program. These dispatchers have filled some of the quieter times in their night shifts by writing / sending letters and in turn put smiles on many faces! 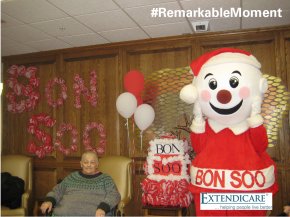 What is remarkable about this picture is a group of residents hand made the flowers on the wall in the background that spell Bon Soo, as well as the flowers that are decorating the cake! They worked for 2 weeks straight to help prepare for this visit!

Residents of Extendicare Van Daele enjoyed an afternoon of Traditional Aboriginal Drumming in celebration of Aboriginal Day back in June. 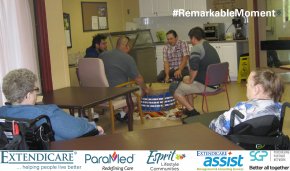 Residents of Extendicare Van Daele enjoyed an afternoon of Traditional Aboriginal Drumming in celebration of Aboriginal Day back in June. A resident and her daughter also made Bannock in the Activity Room and shared with residents and staff. It was a wonderful day of sharing and celebration.

Extendicare coming together and sharing our unique stories in making a difference for the Fort McMurray Fire Victims. 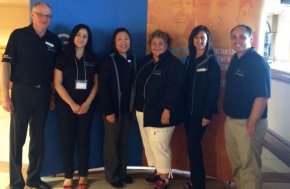 On Wednesday May 4, 2016 , everyone had heard about the Fort McMurray fire. . As staff went about their business, a large number of people escaping the fire arrived at the Edmonton Radisson South looking for accommodation. They were accompanied by their families, pets, etc. Many had harrowing stories to share about their loss and the short window of time they had to escape from the fire. Usually at the end of the trade shows the vendors usually have food and non-food supplies leftover. This would include non-opened food, non-perishable food, dried fruit, granola bars, frozen meat products, etc. After reviewing the situation the SGP team spoke with the vendors and came up with a wonderful plan. They decided to donate the food to the chef in the kitchen so that he could cook up meals for the families that were there. The delegates were very supportive and appreciative. We would like to say kudos to the SGP team and the SGP partners for that wonderful gesture.

Extendicare Athabasca was put on standby to accept evacuees and they received a call to take an evacuee that had been treated in hospital and needed a safe place to sleep. Many of their employees have been volunteering after work at their local reception centre which provides clothes, food etc.

On Friday May 6th Extendicare St. Paul had pre-arranged a BBQ at the Co-op for their Food Bank Drive. Of course priorities change, and after speaking with their local food bank, they adjusted the fund raiser to be for the Fort McMurray relief as the local food bank was not currently in need. On Wednesday May 11th Extendicare St. Paul received a new admission, a woman from Ft. McMurray who received home care.

On May 3rd, 2016 Alberta Health Services asked if any of the Extendicare Edmonton area homes would be able to admit Long Term Care Residents due to the Fort McMurray evacuation. Extendicare Leduc welcomed four residents and Salem Manor welcomed three residents.

The staff is coordinating a silent auction with items donated from businesses, fellow staff members and families.

On May 20th Extendicare Bayview hosted a fundraising BBQ and served up burgers, hot dogs to show support for Fort McMurray.

As the town of Drayton Valley welcomed over 150 families to their town the team at Sunrise Village Drayton Valley came together and have extended an offering of a home cooked lunch three days a week. The team volunteers their time to put together a well thought out nutritious menu and has been delivering meals to those who have been affected.

At Sunrise Village High River they did an internal 50/50 draw as well as put their Jean Friday money towards the Fort McMurray fund.

On May 28th, 2016 the Sunrise Village Olds staff hosted a BBQ at their local big park in Town.

The staff at Tendercare will be doing a walkathon to commemorate senior’s month in Ontario and will be donating all the money towards Fort McMurray.

The staff at Villa Colombo held an ice cream sale and raffle to raise money for the Canadian Red Cross and Fort McMurray.

The ParaMed Calgary Branch held an in office bake sale to contribute to the Canadian Red Cross donations for Fort McMurray.

Mrs. I came to us in very poor physical and mental condition. Her life circumstances had been difficult 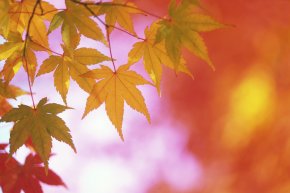 Mrs. I came to us in very poor physical and mental condition. Her life circumstances had been difficult and she was angry, sad, withdrawn and undernourished. Over time and with care, she got her strength back and was able to care for herself. She made many friends, become very outgoing and even joined the Residents Council. She improved so much she could have moved back home but instead, she choose to sell her home and continue living with us.

C. came to us after having suffered a stroke. 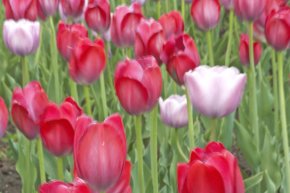 C. came to us after having suffered a stroke. He was on a feed tube, he couldn’t walk or talk and he was completely withdrawn socially. It took almost two years but our care staff and therapists were able to get him off the feeding tube and walking with a walker. His speech also improved significantly and he became very engaged with other residents and active in many programs. In fact, C. improved so much he went back home where he lived for 4 more years before he came back. And the only long-term care home he would move into was ours.

To Our Extendicare Community, continue

There has been good news to start the year with vaccines being administered to vulnerable populations across Canada. Extendicare continues to work with our public health partners across the country to administer first and second doses to help protect our communities. continue

Our staff have fought day-in and day-out against this devastating virus for a year. While it has been difficult, the vaccine gives hope that we are nearing a return to better times. continue

As we come to the end of month seven of the pandemic, our focus at Extendicare remains steadfast on providing the care and service that residents, clients, patients, team members and families rightfully expect. We are very grateful for the hard work, care and commitment our team has displayed to our residents, clients and patients. continue

Our Remarkable Moments view all 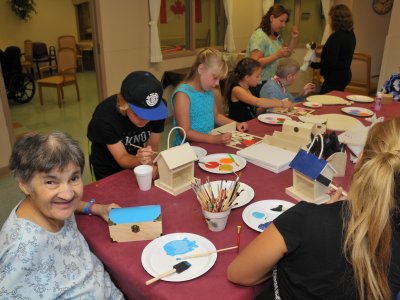 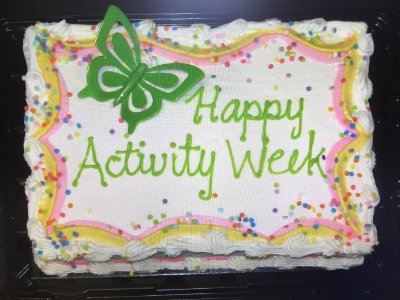